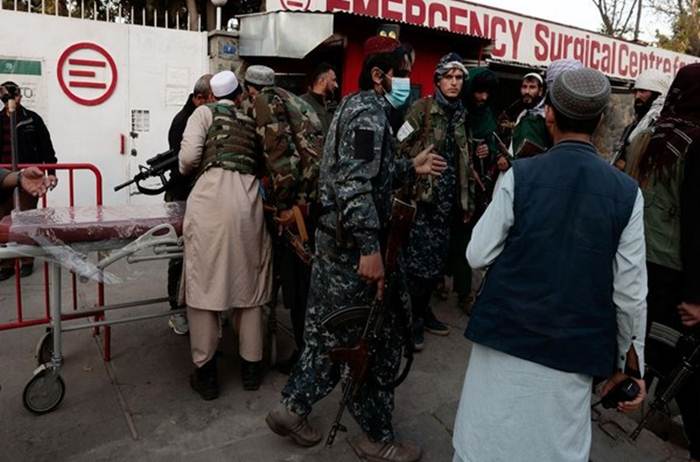 Kabul [Afghanistan] : The Islamic State (ISIS-K) has claimed responsibility for Saturday’s explosion in the western part of Kabul.

The explosion in Dasht-e-Barchi of Kabul left three dead and six more wounded, Khamma Press reported,
Afghan journalist Hameed Saighani was among those who died in the explosion but sources have told Khaama press that Saighani was assassinated in the northern part of Kabul.

The Islamic Emirate spokesperson, Zabihullah Mujahid, said the explosion reportedly was caused by a transport vehicle that caught fire. He said an investigation had begun into the incident.

The security situation in Afghanistan has deteriorated significantly since the Taliban took control of Kabul on August 15.ISIS has carried out several attacks including an attack on Kabul Airport during an evacuation by the US forces following the fall of Kabul.

The Taliban’s struggle to bring stability to Afghanistan has been dogged by a series of bloody assaults by ISIS-K.

Kamala Harris to visit France to strengthen US alliances, partnerships in Europe