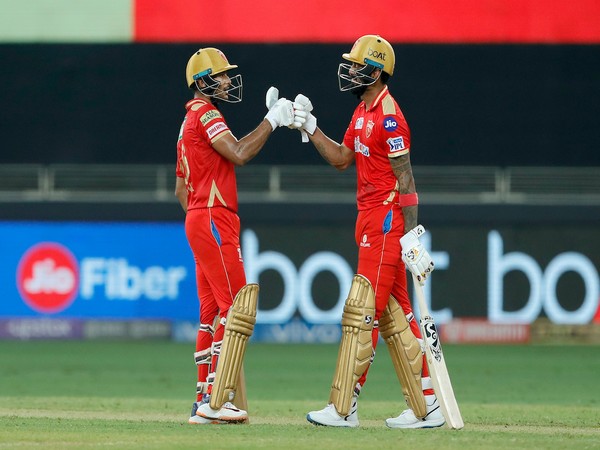 Dubai [UAE] : Punjab Kings (PBKS) captain KL Rahul was gutted after the team lost against Rajasthan Royals (RR) with the closest of margins in their Indian Premier League (IPL) encounter here at the Dubai International Stadium on Tuesday.

Mayank Agarwal and KL Rahul innings of 67 and 49 respectively for the Punjab Kings went in vain as their middle order failed them miserably after such a good start. A sensational last over by Kartik Tyagi saw Rajasthan Royals defeating PBKS by 2 runs.

“It’s a tough one to swallow. We have been a team that has experienced games like these before. We need to see how we can handle pressure better. Trying to finish in the 18th over sometimes you go too hard and lose your way and let the opponents in,” KL Rahul said in the post-match presentation.

“We haven’t learnt from previous mistakes. We will now try to come back stronger and win the next five games. We pulled things back quite nicely with the ball, kept taking wickets, which is very crucial in this format. Getting runs for me, Mayank and even Aiden in his first IPL game was important,” he added.

For the Royals, Kartik Tyagi was the man of the hour as the pacer conceded just two runs in the last over and picked two wickets to give his team a victory for the ages.