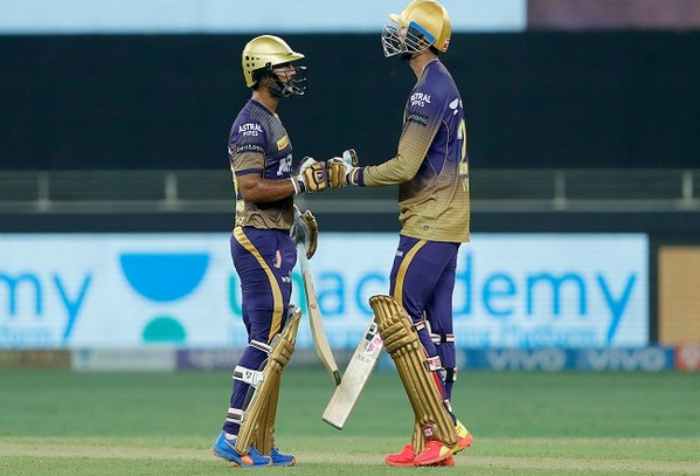 Dubai : A fine bowling performance from Punjab Kings in the second half restricted Kolkata Knight Riders (KKR) to 165/7 in their Indian Premier League (IPL) encounter here at the Dubai International Stadium on Friday.

Venkatesh Iyer and Rahul Tripathi were dealing in boundaries and were on course to put on a mammoth total before Ravi Bishnoi and Arshdeep Singh staged a comeback for Punjab Kings.

Put into bat first, KKR suffered an early jolt as Shubman Gill was cleaned up by Arshdeep Singh in the third over. However, Venkatesh and Tripathi took on the Punjab bowlers and revived KKR’s innings.

The duo took KKR to 48 for the loss of one wicket at the end of the powerplay. Venkatesh and Tripathi continued their fine form and stitched a 72-run stand for the second wicket.

Skipper Eoin Morgan again failed to leave a mark and Nitish Rana, who was looking dangerous, was dismissed by Arshdeep Singh in the 18th over before KKR could cross the 150-run mark.