IPL 2021: Getting key wicket of Rohit Sharma in any form is good, says Sunil Narine 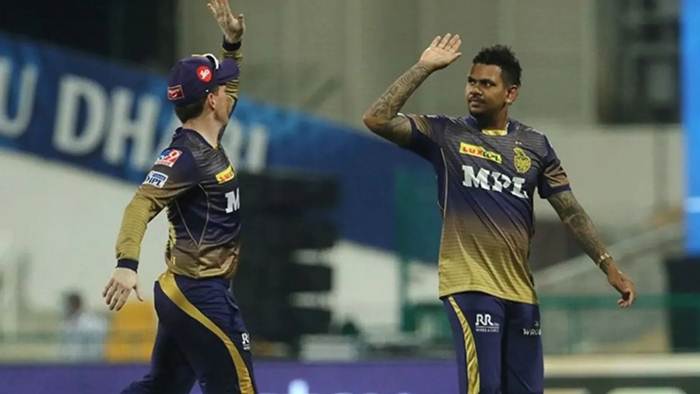 Abu Dhabi [UAE] : Kolkata Knight Riders spinner Sunil Naraine looked in fine form on Thursday as he spun a web over Mumbai Indians in their Indian Premier League encounter in Abu Dhabi. While he won the Man of the Match award for figures of 1/20 from his four overs, what made his achievement special was that he picked the all-important wicket of MI skipper Rohit Sharma.

Narine said it is always special to dismiss Rohit in any form of cricket. In fact, the West Indies bowler said that good outings in the CPL and The Hundred has helped him stay in momentum for the IPL.
“I’m coming off a good amount of cricket in the CPL and The Hundred. It’s getting better and better. It has taken me a while with this new action and I have put in a lot of work into it. Getting Rohit out in any form of cricket is good; he is a key wicket for Mumbai,” he said after the game.

Coming back to the game, Narine said the pitch was flat, but wasn’t the easiest to bat on. “I wouldn’t say this pitch was sticky. It was flat but not as flat as last year. My batting depends on what my team requires, if they want to go at the top or at the end, I’ll do it.”

The win has put KKR fourth on the points table and skipper Eoin Morgan is pleased with the effort shown by the boys in the second leg. “It is extremely pleasing. We want the best for everybody in the dressing room, the aggressive cricket that we have shown in the last two games is exactly what suits the talented guys in our changing room. I know some of them might feel alien to take risk after risk, but that is exactly what we want them to do. They are seriously talented, batting and bowling, and we want them to get better,” said Morgan while replying to an ANI query during a virtual post-match press conference.