India will be grateful to Sardar Patel for his efforts to unite nation: PM Modi

HeadlinesNationalPolitics
By Digital Desk On Dec 15, 2021 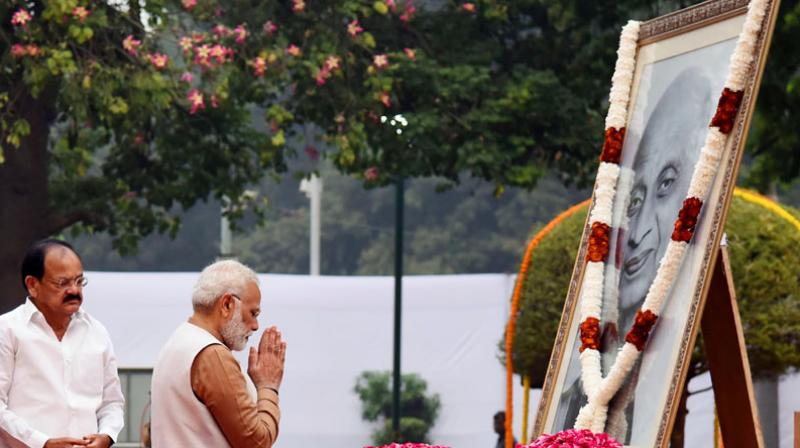 New Delhi : Prime Minister Narendra Modi on Wednesday paid tribute to former Deputy Prime Minister Sardar Vallabhbhai Patel on his 71st death anniversary and said that India will be grateful to the latter’s administrative skills and efforts to unite the nation.

“Remembering Sardar Patel on his Punya Tithi. India will always be grateful to him for his monumental service, his administrative skills and the untiring efforts to unite our nation,” the PM tweeted.

Sardar Patel, who is credited with uniting all 562 princely states of the pre-independent country to build the Republic of India, passed away on December 15, 1950.