Get Ready For The Super Sunday Sporting Bonanza with Dailyhunt 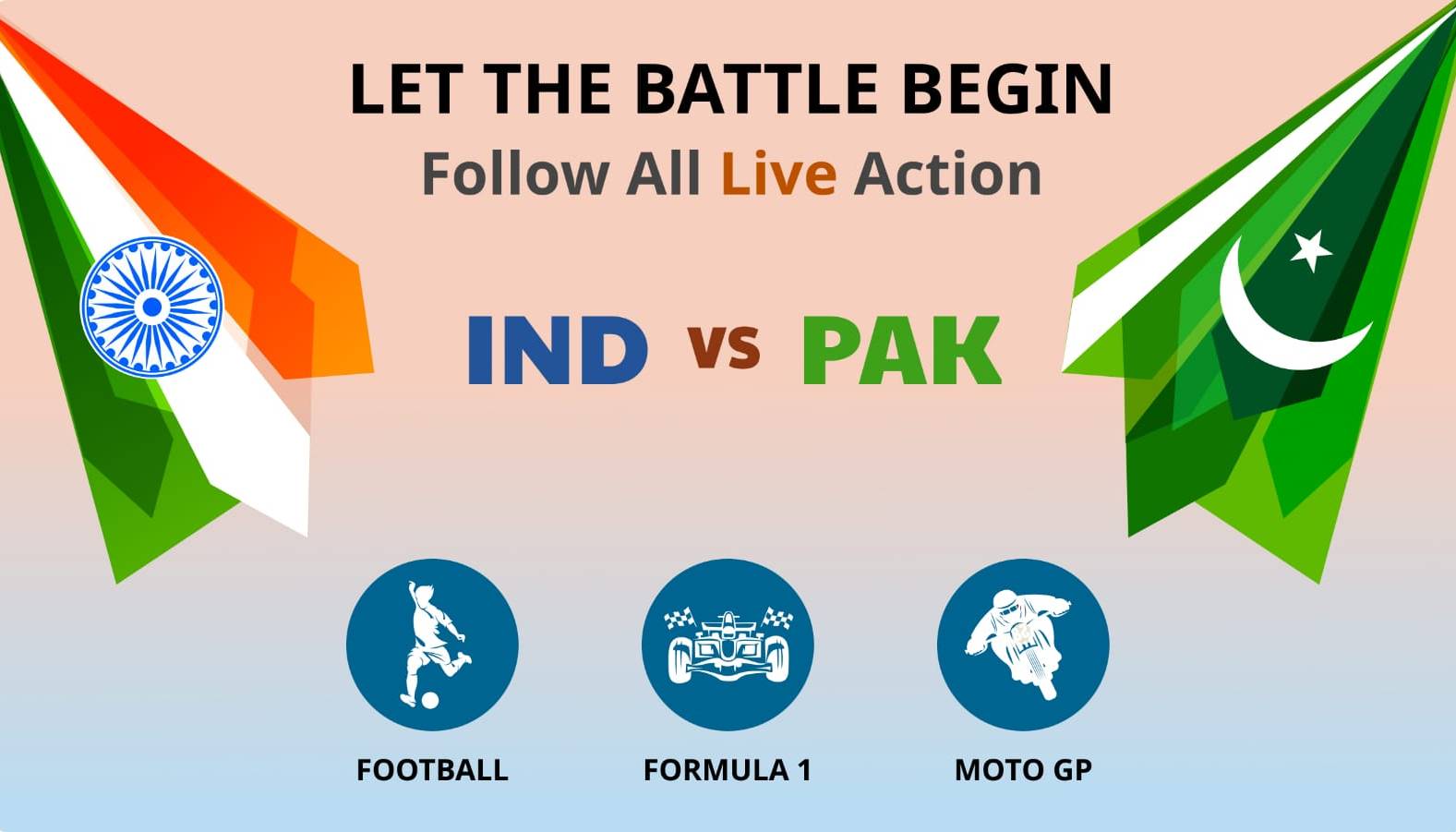 Sports lovers will be spoilt for choice Sunday (October 24) as it is going to witness the Greatest Sporting Day of The Year.

clash between India and Pakistan which begins at 7.30 pm IST highlights Sundays action which runs late into the night.

The high-voltage clash between the Virat Kohli-led India and Babar Azam captained Pakistan at the Dubai International Cricket Stadium will literally set the tone and tenor for an action packed day.

Kohli and Co are one of the firm favourites to win the T20 world title this time and they will be looking to start their campaign on a winning note against Pakistan with whom they have never lost in an ICC World Cup in any format.

On the other hand, Azam and his men will be hoping to break the jinx and with the match being held in the Middle East, which is more or less Pakistan’s second home, one can expect a cracker of a contest.

Just as an appetiser before the main course, the FIM MotoGP World Cup Championship resumes after a small break at Misano with the Emilia-Romagna Grand priX which will start at 5.30pm IST.

It is going be a big weekend in the MotoGP circles for two big reasons: first, Fabio Quartararo (Monster Energy Yamaha MotoGP) could lift the crown and become the first French premier class world champion, and second, it’s the final

dance on the home turf for Valentino Rossi (Petronas Yamaha SRT) as the icon prepares to hang up his racing leathers at the end of the season. That does guarantee one thing already, however: it’s going to be another weekend that lives long in our memory.

And as the cricket match will be in progress, the biggest match of the calendar in Spanish League football – the El Clasico featuring arch-rivals Real Madrid and Barcelona – will start.

The match begins at 7.45pm IST at Real’s home ground of Santiago Bernabeu and this will be the first El Clasico in the post Lionel Messi-Cristiano Ronaldo scenario which literally robs some of the sheen.

Then at 9pm IST, another titanic clash takes place at Old Trafford in the English Premier League as Manchester United hosts Liverpool in a clash of the ‘reds’.

Both the title contenders will be keen to re-assert their supremacy as generally Premier League picks up intensity during the October-November months.

The same can be said of the Italian Serie A where table toppers Napoli take on title contenders AS Roma at 9.30 followed by the big game between defending champions Inter Milan and past masters Juventus which is set for a 12.30 (Monday, October 25) kick off.

The action concludes with the US Formula 1 Race at the Circuit of the Americas in Austin, Texas, which also starts at 12.30 am IST.

An exciting tussle is on between Max Verstappen and Lewis Hamiton for top honours and the race in US will let us know which way the title is heading.

Will continue with same momentum in semis, says Babar Azam