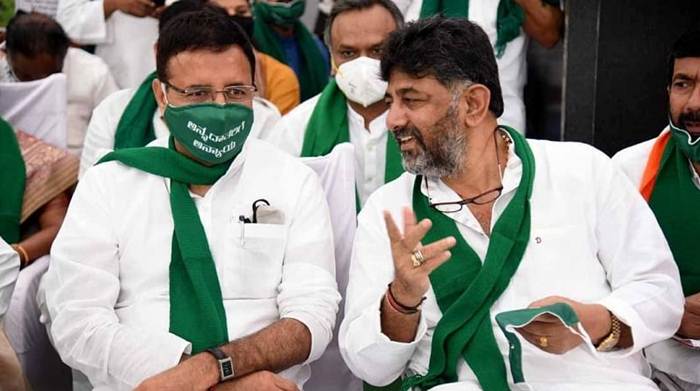 “The central government has withdrawn the Amendment Act, which has put a stop to the country’s struggle of getting three dark agricultural laws back. This is a historic victory for the country and the struggle of the Congress,” said Shivakumar.
“The three agriculture laws amended by the central government were fatal to the APMC market. There was no legal protection for the support price. The private sector’s access to agriculture in the country and other factors, including contract farming were buried in the fate of farmers,” he added.

Shivakumar also said, “The central government will now have to get out of its dictatorial mindset and stop making unilateral decisions. I urge the government at the moment to have a dialogue with everyone for the benefit of the country and the country. ”

Slamming the Centre for passing the three farms laws, the Congress leader said, “More than 600 farmers have sacrificed their lives in this struggle and the central government is now kneeling before farmers. The rest of the country was against it. British then oppressed the peasantry and set foot in the country, BJP had made the same mistake today.”

“Every farmer who participated in the struggle worked as a soldier in defence of the country. This is a victory for democracy against the dictatorial attitude,” he added.

In a major move, Prime Minister Narendra Modi on Friday announced the repeal of the three Central farm laws.

Farmers have been protesting against the government’s three farm laws since they were passed by the Centre in 2020.