Govt has not made sufficient attempts to be inclusive, says Shashi Tharoor

NationalPolitics
By Digital Desk On Nov 18, 2021 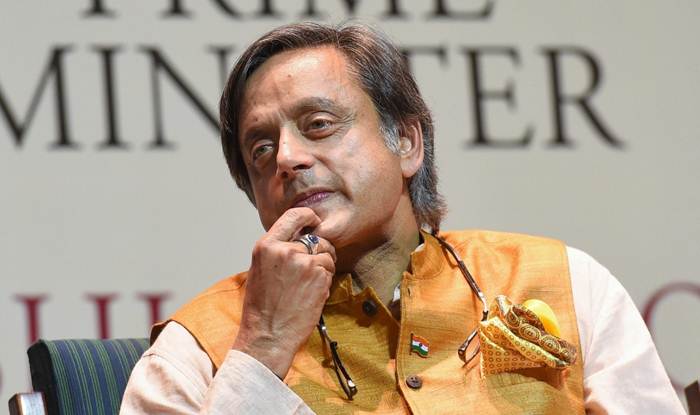 New Delhi [India] : Congress leader Shashi Tharoor slammed the government saying it has not made sufficient attempts to be inclusive and has not prioritized to take everyone along.

Speaking to ANI at the launch of his book Pride, Prejudice and Punditry here on Wednesday, Tharoor said, “This government has made insufficient attempt to be inclusive. When you are going to rule a country as large and diverse as India, you ought to be able to take everyone along with you. And I think it’s very evident that’s not being a priority for this government.”
Tharoor hit out at the followers of Hindutva including Prime Minister Narendra Modi saying that one cannot imagine them doing any of the things Sardar Vallabhbhai Patel did.

Tharoor further said that Sardar Patel went all his way to protect Muslims from communal violence during the partition.

“He was very angry about the treatment of Hinduism in Pakistan at that time but he felt the moment Hindu misbehaved against Muslims, they forfeited the moral claim to take any hostile action. This kind of thing is very Gandhian way of looking at relations between the communities, for example, he went all his way to protect Muslims from communal violence during partition,” he said.

Asked about his idea about Hinduism that he also mentioned in his book, the Congress leader said that Hindu is told to find their own truth and they seek it inside themselves.

“I have so been very clear and consistent. I’m Hindu and I have no hesitation in talking about my faith and believes. But I believe it is an intensely personal thing. Hindu is told to find their own truth and we seek it ultimately inside ourselves, we don’t look for it outside. The very notion of a personal truth also admits the existence of other truths,” he said.

Further talking about Hinduism, Tharoor said Hinduism is very different from Hindutva which is a political ideology.

“I’m trying to say in my writing there is very open expensive respectful Hinduism of diversity and pluralism of acceptance of other points of view and at the same time Religion, philosophy of doubt of uncertainty questioning of interrogation. It is very different from Hindutva which is a political ideology that actually believes in the statute it is like the team identity of the British football hooligans saying this is my team if you support other teams I will hit you on your head. That to me is not Hindu dharma,” he told ANI.

He also said that there is a need to draw a sharp distinction between religion and politics.

“We have to draw a very sharp distinction between religion and politics one hand and between Hinduism as a spiritual question enquiry and the seeking of the truth and Hindutva as a political ideology which is about community and identity, not at all about spirituality,” the leader said.

Government’s ‘Mann ki Baat’ is something else; says Adhir Ranjan…