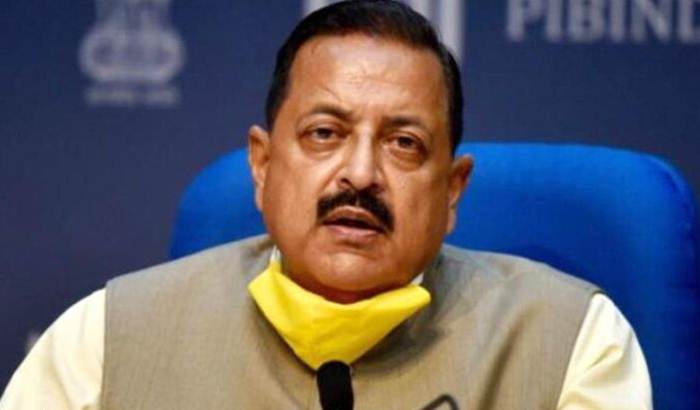 New Delhi : Minister of State (Independent Charge) of Science and Technology Dr Jitendra Singh on Sunday said that this is the golden period of agriculture happening in India under Prime Minister Narendra Modi.

“This is the golden period of agriculture happening in India under Prime Minister Narendra Modi and technological interventions, research and innovation in agriculture under his leadership will double the farmer’s income by 2022,” Singh said, as per the release by the Ministry of Science & Technology.
The Minister said this while attending the concluding ceremony of the 5-day long Northern India Regional Agriculture Fair 2021 as chief guest at SKUAST Jammu.

Speaking on the occasion, Dr Singh said that PM Modi is seriously towards agriculture development in India that can be judged from the fact that two new Ministries, Jal Shakti and Skill Development & Entrepreneurship have been created only to promote agriculture and doubling the farmers’ income by 2022.

He also remarked that the Modi government is giving special impetus to Agriculture Start-Ups.

Singh said that the agriculture and farm production has been revolutionised in India under the current government which is evident from the various initiatives taken by the government for the welfare of farmers like the Soil Health Card, Neem Coated Urea, PM Fasal Bima Yojana, PM Kissan Sammaan, e-Nam,PM Kissan Maandhan Yojana, which have empowered the Agriculture sector financially and resourcefully.

Speaking to the farmers present on the occasion, he emphasised that a farmer can now engage himself in multiple activities depending upon his capacity, resources so as to become integrated as the working in silos is over now.

Giving examples of the entrepreneurs involved in various innovative agricultural practices & who are earning in lakhs, Singh stressed upon the students present there to become job providers and not job seekers, become agricultural technocrats through start-ups & be the architects of innovative India as the agriculture in India is no longer the traditional farming of 19th Century.

Singh further said, “A proactive outreach for the start-ups is the need of the hour to get the best minds for the promotion of our products at national and international level be that the basmati rice, rajmash or other products.”

For the promotion of the products and the start-ups, the Minister emphasised the creation of a wider media space accompanied by the latest technology and social media boom so as to promote the local products and start-ups.

During his address, the Minister asserted sustainable agricultural practices and organic farming which is being promoted by the current government.