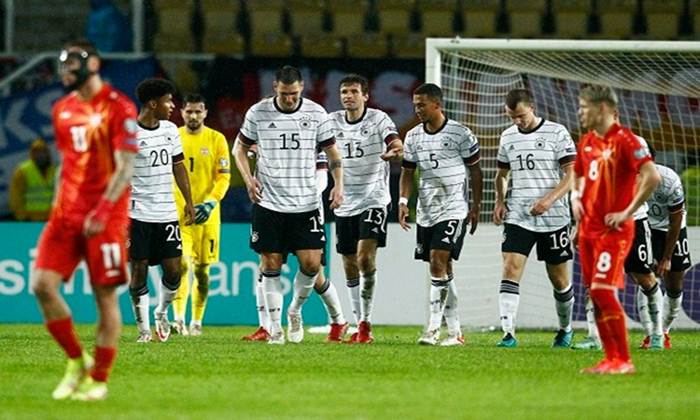 Skopje [North Macedonia] : Germany has become the first team to qualify for the 2022 FIFA World Cup in Qatar following the side’s thumping win over North Macedonia in UEFA Group J.

The visitors were well on top throughout but the closest they came in the first half was when Werner hit the post.

After the break, Germany broke through thanks to Havertz before Werner’s two well-taken goals and a first international strike for Musiala saw them cruise to victory.

According to UEFA, Armenia’s loss in Romania confirmed their place as Group J winners.

The FIFA men’s World Cup will see 32 nations compete against each other for the prize. The tournament will take place from November 21 to December 18 next year.