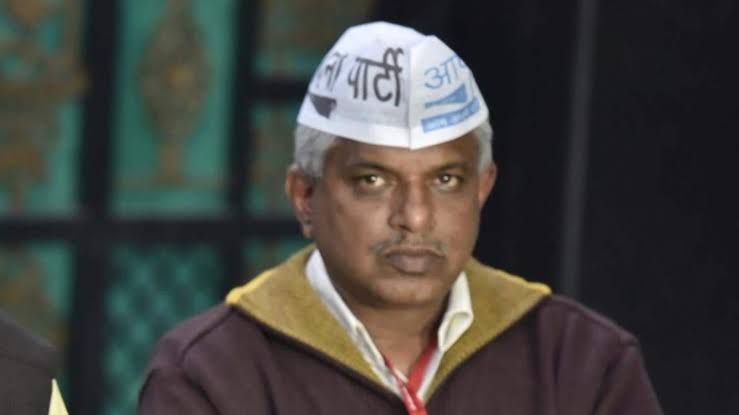 New Delhi : The Enforcement Directorate (ED) on Wednesday recorded the statement of Aam Aadmi Party (AAP) national secretary Pankaj Gupta in connection with the alleged foreign funds raised by the party in the run-up to 2017 Punjab Assembly elections, a move that the AAP described as a political vendetta at the behest of the Bharatiya Janata Party (BJP).

Gupta was asked various questions linked to the case during his nearly three-hour presence at the ED headquarters where he arrived around 11:30 am as asked by the agency.
The ED had issued summons to Gupta on September 10 asking him to appear at its headquarters in the case.

Officers familiar with the matter said on condition of anonymity that the ED came to know about the funds while investigating former Punjab leader of Opposition, Sukhpal Singh Khaira, who is under investigation for money laundering in at least two cases.

It is alleged that Khaira, who is in the Congress now, visited the US in 2016 when he was in the AAP, and raised funds totalling USD 119,000 from the non-resident Indians (NRIs) in the run-up to Punjab State Assembly elections.

ED recovered the documents pertaining to this funding during a raid in March this year, and when he was questioned about it, he disclosed that the entire fund-raising trip was organised by the AAP and that he had no knowledge of the funding, the officer added.

AAP leader Raghav Chadha hit out at the BJP-led Central government for unleashing Central agencies against party leaders in the wake of upcoming Assembly elections in Gujarat, Goa and other states, saying the move was “a vendetta politics”.

Khaira was elected to the state assembly in 2017 from Bholath in Kapurthala district on an AAP ticket. Two years ago, he quit the AAP and formed the Punjab Ekta Party (PEP), which he merged with the Congress in June this year.