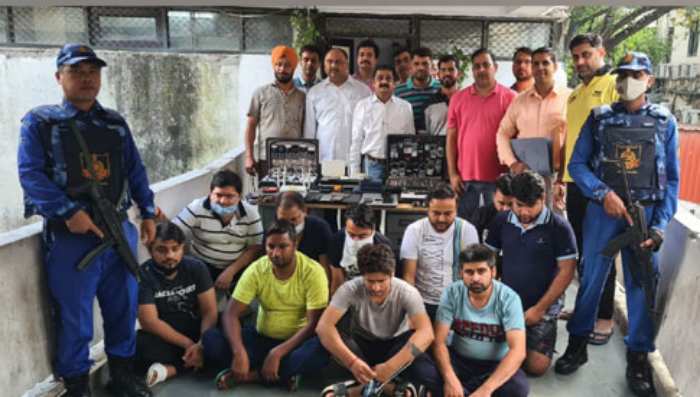 New Delhi : An interstate cricket betting racket has been busted in which ten people have been arrested from the Preet Vihar area of the national capital by the Crime Branch of Delhi Police on Saturday.

According to the police, the gang was operating during the Indian Premium League (IPL) Cricket match between Mumbai Indians and Delhi Capitals being played at Sharjah Cricket Stadium in Dubai yesterday.
“The gang had already taken bets worth more than Rs 50 lakhs,” said the police.

According to Deputy Commissioner of Police (DCP) Crime Branch Monika Bhardwaj, information was received about interstate betting after which a police team raided a house in Preet Vihar in the evening, when the match was in progress.

The DCP further said that upon interrogation, “all the accused revealed that they were betting on cricket matches for the last six years, and they used to get very good profits without working too hard.”

A case has been registered with the Crime Branch under Delhi Gambling Act.

Further investigation is in progress.