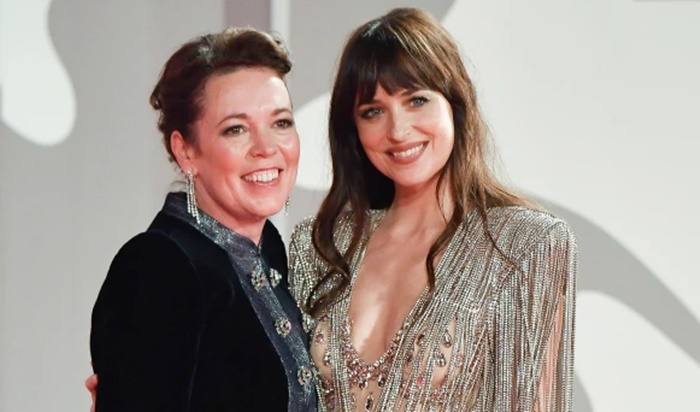 Washington [US] : Hollywood star Dakota Johnson recently revealed that she inked her co-star Olivia Colman after a dance party with the cast.

According to People magazine, Johnson told a magazine that after the October New York Film Festival screening of the film, which also stars Peter Sarsgaard, the cast bonded at the Altro Paradiso in Soho with a rock-inspired playlist that included “a lot of Talking Heads, the Cranberries.”

That same night, she also convinced Colman to let her give the actress her first stick-and-poke tattoo. “Maybe it was me being completely seduced by this gorgeous person and wanting her to think I was cool. Or maybe it was my midlife crisis,” Colman shared.

As for the dance party that came beforehand, Johnson said that revellers were relishing in post-vaccine life. “The thing is, people are not behaving normally. If you go to a party, you f—— rage,” Johnson said.

The ‘Fifty Shades of Grey’ alum revealed the cast’s dance party tradition started at the Telluride Film Festival in Colorado earlier this year. She said Netflix offered to pay for a cast dinner party, but ‘The Lost Daughter writer’ and director Maggie Gyllenhaal had something else in mind.

“Maggie was like, ‘Instead of having a dinner, let’s have a dance party,'” recalled Johnson.

The actor revealed cast and crew from other movies playing at the festival were also invited to the bash, including ‘The Power of the Dog’ stars Kirsten Dunst and Benedict Cumberbatch and Johnson’s former ‘Fifty Shades of Grey’ co-star Jamie Dornan.

Since its debut at film festivals, ‘The Lost Daughter’ has generated a wave of awards buzz.

Adapted from Elena Ferrante’s novel of the same name, the movie stars Colman as a literature professor and mother of two grown daughters who goes on an extended vacation in Greece. While there, she encounters a vacationing family and a young mother who reminds her of her own dark experiences with parenthood.

“The film is about a lot of things, but one of the things that this film is about is how complicated it is to be a mother, so I don’t think I could have really have explored those things and all of the complications without knowing that my family was taken care of,” Gyllenhaal told People magazine at the Gotham Awards.

The Lost Daughter will be in select theatres from December 17 and available to stream on Netflix starting December 31.