BJP is ‘just a gas balloon with no ideology’; More leaders will join TMC : Kunal Ghosh

NationalPolitics
By Digital Desk On Sep 18, 2021 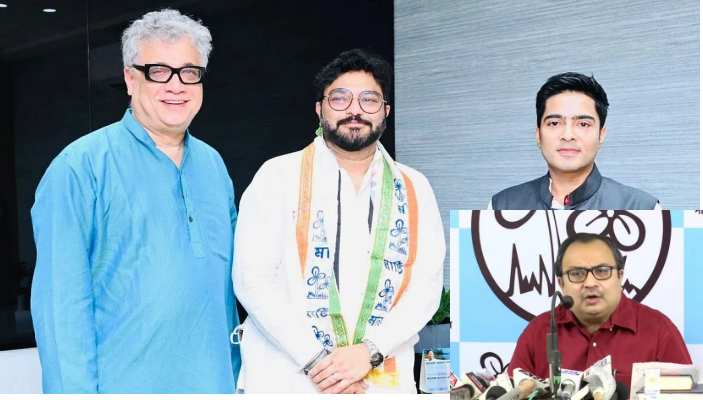 Speaking to ANI, Ghosh said, “Many BJP leaders are in communication with TMC leadership. They are not satisfied with BJP. Babul Supriyo joined today, another wants to join tomorrow. This process will go on. Wait and watch.”
“BJP is just a gas balloon. BJP does not have any ideology. Nobody can adjust in their anti-people policies that is the reason people are leaving the party,” he added.

“It is a welcome move on the part of Babul Supriyo that he has joined our party. He is a popular face not just in Bengal but also outside. Gradually, people from different political parties are joining our party. People are getting attracted towards the pro-people policies of Mamata Banerjee. More political leaders will join TMC in the coming days,” Ray told ANI.

Speaking to ANI, Supriyo said, “I accepted the opportunity given to me by Didi (Mamata Banerjee) and Abhishek. I left politics wholeheartedly and I am accepting the opportunity wholeheartedly. I met Abhishek Banerjee. The work to be done for Bengal was presented before me. I am very excited. I want to work under the leadership of Didi. I will meet Didi on Monday.”

Earlier in August, BJP leader Babul Supriyo said he will continue to work constitutionally as a Member of Parliament but has withdrawn himself from active politics.

“I will continue to work constitutionally as an MP in Asansol. Politics is beyond the constitutional post and I withdraw myself from it. I will not join any other party. I will vacate the MP bungalow in Delhi and release security personnel from their duties soon,” Supriyo had told ANI.

Earlier, Supriyo had announced he was leaving politics and will also resign as an MP. He had stated that he would not join any political party and neither have the parties including the Trinamool Congress, CPI(M) or Congress had called him.

Notably, Supriyo’s security cover has been changed to Y from the Z category this morning. He has been given security by the central government. Supriyo has a security cover of the Central Reserve Police Force.

Mamata Banerjee among top frontrunners for PM in 2024: Babul Supriyo