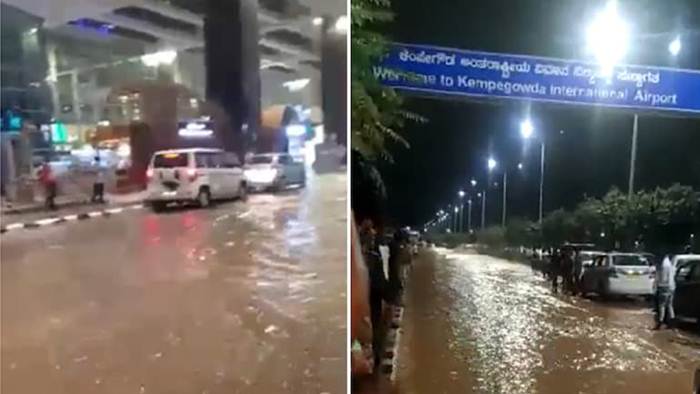 Several areas, including the Kempegowda International Airport (KIAL), were waterlogged following heavy rainfall in the city.

Following the heavy rain, a man was killed due to a short circuit in a house that was flooded, in the Konappana Agrahara limits of Bengaluru.