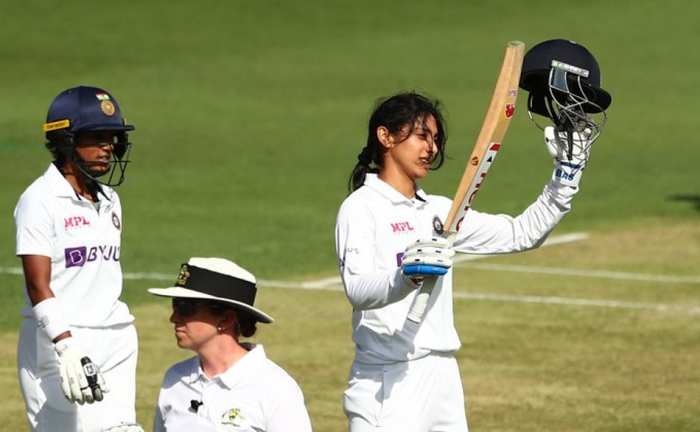 Queensland [Australia]: Indian cricket team opener Smriti Mandhana has rated her 127-run knock against Australia in the one-off Pink Ball Test as one of the top three on Sunday.

Mandhana became the first Indian woman to score a century in a pink-ball Test and on Australian soil on Day 2 of the Test which ended in a draw.
With this draw, both teams will get two points each. The multi-format series after the ODIs and a Test currently stands at Australia 6 – India 4.

Smriti Mandhana was adjudged player of the match for her triple-figure mark. During the post-match presentation, she said: “It’s definitely in the top three (asked to rate this hundred). First time playing a day-night Test, really happy that I gave good pace (start) to the team.”

“Most nervous night I have ever had – after the first day. Lucky with that no-ball on 80. That sort of cleared my mind after that. To wear whites and go into the field is the top-most thing. The different situation today to bat than the first day and that happens only in Tests.”

“To bat with slips, gully is a different feel. We just have three days before the T20s. Rest for a day and get back to business with the T20s coming up,” she added.