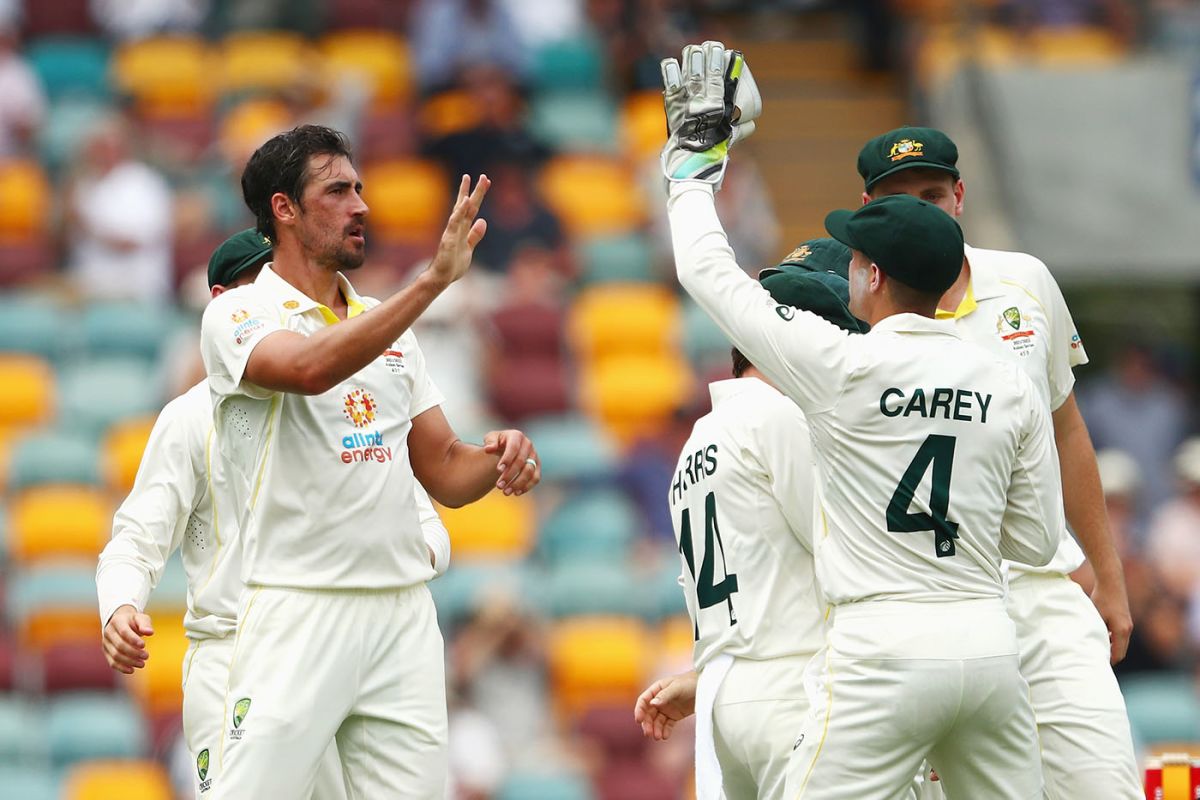 Brisbane: Mitchell Starc, Josh Hazlewood and Pat Cummins got among the wickets as England was left reeling on Day 1 of the ongoing first Ashes Test here at the Gabba, Brisbane on Wednesday. The visit0rs were bundled out on 147 for all out, when reports last came in.

At the lunch break, England’s score read 59/4 with Haseeb Hameed (25*) and Ollie Pope (17*) unbeaten at the crease. A total of 26 overs were bowled in the opening session of the first Test.

England would have hoped to not lose many wickets in the opening session after opting to bat first, however, this was not the case as wickets tumbled at regular intervals.

Mitchell Starc took the wicket of Rory Burns (0) on the very first ball of the series as he bowled the left-hander round his legs. Josh Hazlewood then took the scalps of Dawid Malan (6) and skipper Joe Root (0) to leave England at 11/3 in the sixth over.

All-rounder Ben Stokes making a return to international cricket almost after five months failed to leave a mark as he was dismissed by Australia skipper Pat Cummins. Stokes managed to score just 5.

In the end, opening batter Haseeb Hameed and Ollie Pope ensured that England do not lose any more wickets before the lunch break.