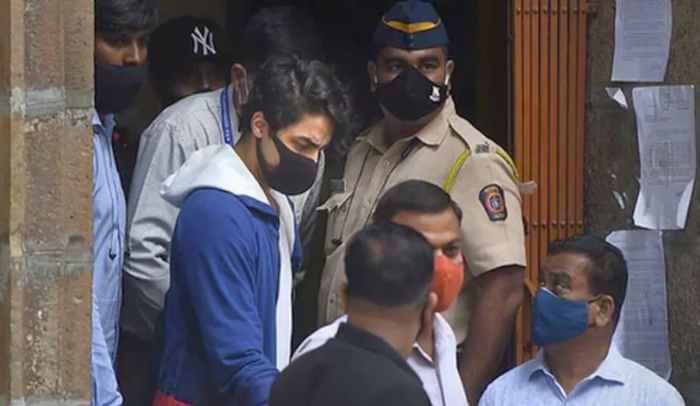 According to the superintendent, the jail authorities received the money order from Aryan Khan’s family on October 11, which is meant for his expenses in the jail canteen.

As per the rules of the jail, a prisoner can receive a money order of Rs 4500 maximum for their expenses inside the jail.

Aryan Khan and five other accused, who were arrested by Narcotic Control Bureau (NCB) in connection with the cruise ship drug raid case, have been shifted to the common cell of Mumbai’s Arthur Road Jail after their Covid report came negative on Thursday.

They were earlier lodged at the quarantine barrack of the Arthur Road Jail here.

An NCB team busted an alleged drugs party on the Cordelia Cruise ship which was on its way to Goa at mid-sea on October 2.

A total of 20 people, including two Nigerian nationals, have been arrested so far in the case related to the seizure of drugs following a raid at a party on the Cordelia cruise ship off the Mumbai coast on October 2.