HeadlinesNational
By Digital Desk On Sep 29, 2021 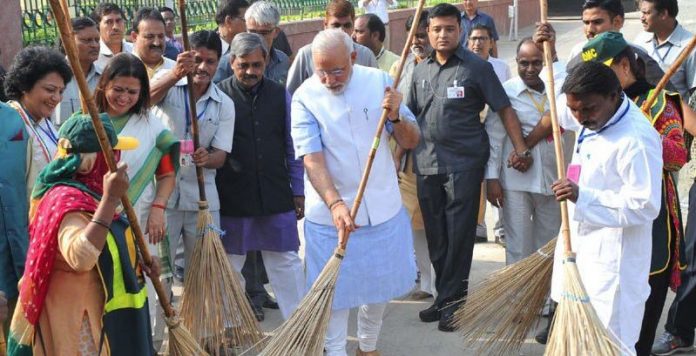 New Delhi [India] : The Department of Youth Affairs of the Ministry of Youth Affairs and Sports in commemoration of Azadi Ka Amrit Mahotsava is organising a nationwide Clean India programme from October 1 to October 31.

What the program is about?

The program is being organised in 6 lakh villages of 744 Districts across the country through the networks of Nehru Yuva Kendra Sangathan (NYKS) affiliated Youth Clubs and National Service Scheme affiliated Institutions.

Briefing media persons in New Delhi on Wednesday, secretary, Youth Affairs Usha Sharma said that the cleanliness drive will be launched from Prayagraj in UP by the Minister of Youth Affairs and Sports, Anurag Thakur.

The aim is to create awareness, mobilize people and ensure their involvement in cleaning waste mainly Single-Use Plastic waste throughout the country, the Secretary explained.

According to a PIB release, she further added that through this mega initiative, 75 lakh kg of waste mainly plastic waste will be collected and disposed of with the support and voluntary participation of citizens.

Earlier, in an announcement, Anurag Thakur said that as we celebrate 75 years of India’s Independence we must take a pledge to make our country free of plastic waste.

The program is unique both in terms of scale and outreach and is visualized on the model of Jan Bhagidari to Jan Andolan and through this, role and contribution from each citizen is carved out for the success and sustainability of the program.

What is the program design?

Although, the focus point of the Clean India program is village but specific segments of population such as religious bodies, teachers, corporate bodies, TV and film actors, women’s group and others are also participating in the Clean India Program on a particular designated day to show their solidarity for the cause and making it public movement.

The Cleanliness Drives will also be undertaken at historical/iconic locations and hotspots such as Tourist Places, bus stands/railway stations, national highways and educational institutions.