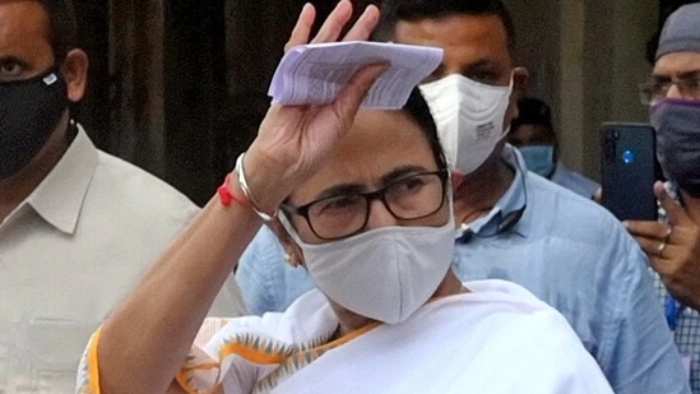 New Delhi : Member of National Executive Committee (NEC) of Bharatiya Janata Party (BJP) Anirban Ganguly on Wednesday said that it is good that West Bengal Chief Minister Mamata Banerjee has understood that there is a federal structure in the country adding that she had no faith in it for several years.

“It is good that the Chief Minister of Bengal is beginning to understand that there is a federal structure in India because for years, she is the only Chief Minister, who had no faith in the Constitution of India and towards the level of cooperative federalism,” Ganguly told media.

Ganguly’s statement comes after Banerjee, who is slated to be in the national capital till November 25, met Prime Minister Narendra Modi in Delhi on Wednesday and reportedly told him that the Centre must not disturb the federal structure of the country.

Ganguly also accused Banerjee of disturbing the federal structure of the country. During the meeting with PM Modi, Banerjee also demanded rolling back of the Centre’s decision to extend BSF’s jurisdiction in the state.

“They attacked the federal structure by closing the land border with Bangladesh and by protesting when NIA was picking Bangladesh terrorists of Jamaat-ul-Mujahideen from Bengal,” he said.

Reacting to this, Ganguly said, “Why is Mamata Banerjee sad? With BSF’s bullet, only those die who are smugglers, illegal infiltrators and kingpins of smuggling cartels at border areas. What is troubling her?”

Earlier, the BSF, which was only empowered to take action up to 15 kilometres in the states of Punjab, West Bengal, and Assam, was authorised to extend its jurisdiction up to 50 km without any hurdle or permission either from central or state governments.

Welcoming the Centre’s decision of extending BSF’s jurisdiction, Ganguly said, “However much she opposes this decision, it is a right decision.”