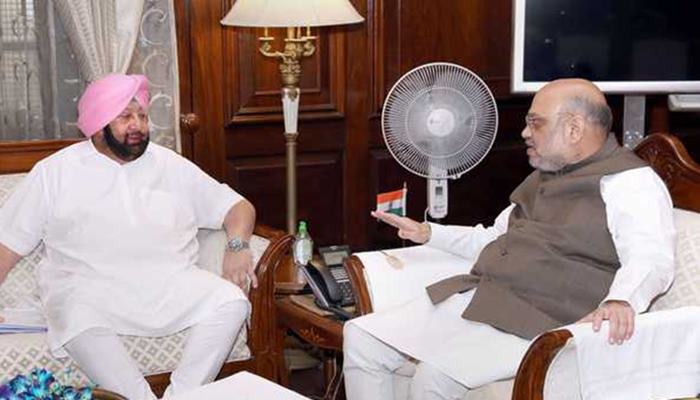 Amarinder Singh, who stepped down as Chief Minister earlier this month, had reached Delhi on Tuesday. The Congress leader had told reporters on his arrival that he had come to Delhi to vacate Kapurthala House (the official residence of Punjab Chief Minister in New Delhi). He had also said that he was not going to meet any political leader.

Singh’s visit to Delhi has coincided with Congress in Punjab reeling under fresh crisis following resignation of PCC chief Navjot Singh Sidhu on Tuesday. A minister and some other leaders considered loyal to Sidhu also subsequently resigned.

Amarnider’s dig at Sidhu over his resignation

Capt Amarnider Singh had taken a dig at Sidhu over his resignation, saying that he is not a stable man.

“I told you so…he is not a stable man and not fit for the border state of Punjab,” Amarinder Singh had said in a tweet.

While stepping down as chief minister, Amarinder Singh had slammed the party leadership saying he had been let down.

The former chief minister had also said that he felt “humiliated” adding that he had been summoned thrice by the central leadership in the past two months
His media advisor Raveen Thukral had played down his visit to Delhi.

Too much being read

“Too much being read into Cap Amarinder Singh’s visit to Delhi. He’s on a personal visit, during which he’ll meet some friends and also vacate Kapurthala house for the new CM. No need for any unnecessary speculation,” Thukral said in a tweet yesterday.