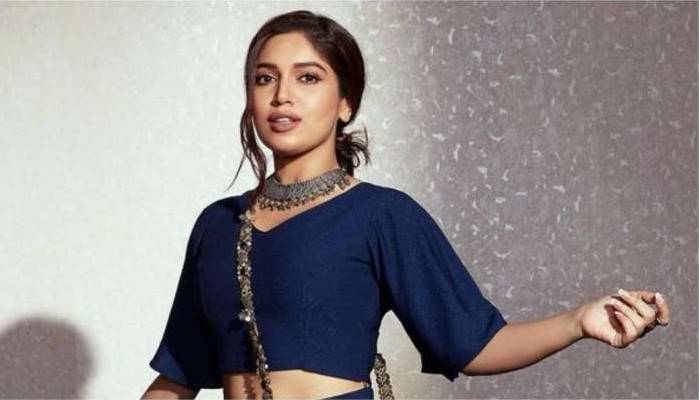 Washington – Bollywood star Bhumi Pednekar recently said she wants to work in movies that portray women correctly. The actor also thanked the directors she has collaborated with because they shared the same vision for societal change, just like her.

Bhumi had commenced her film journey with the 2015 hit ‘Dum Laga Ke Haisha’. She was then seen in films such as ‘Toilet: Ek Prem Katha’, ‘Son Chiriya’, ‘Shubh Mangal Saavdhan’, ‘Bala’, and ‘Sandh Ki Aankh’ among others.
Talking about her choice of films, the 32-year-old actor said, “I have always been super confident of my film choices. I have always wanted them to be different and unique, preferably with a message and most importantly, portray women correctly.”

“As a woman, I feel it is my duty to choose scripts that portray women with a lot of dignity. I’m happy that I have got a chance to play such characters due to the fantastic scripts that have come my way,” she continued.

Bhumi then spoke about the filmmakers she has worked with and expressed gratitude by saying, “I’m hugely fortunate that I have got directors who had an amazing vision of portraying women in a certain way that impacts society positively. I’m fortunate for all the opportunities that allowed me to play such characters who stood up for themselves and society.”

She further added, “I connected with my characters at a deeper level and maybe that’s why people loved them too. For that, I’m indebted to my directors and producers who saw me as a fit to represent such modern Indian women on screen.”

Other than films, the actor has also always been an environmentally conscious citizen who has taken up climate conservation as a cause for life and through her social media initiative ‘Climate Warrior’, she has been constantly aiming to mobilise the citizens of India to actively participate in protecting the environment.

Meanwhile, on the work front, Bhumi has some interesting upcoming projects in her kitty including ‘Raksha Bandhan’, ‘Badhaai Do’ and ‘Takht’.

Kamya Punjabi excited to start her political journey with Congress