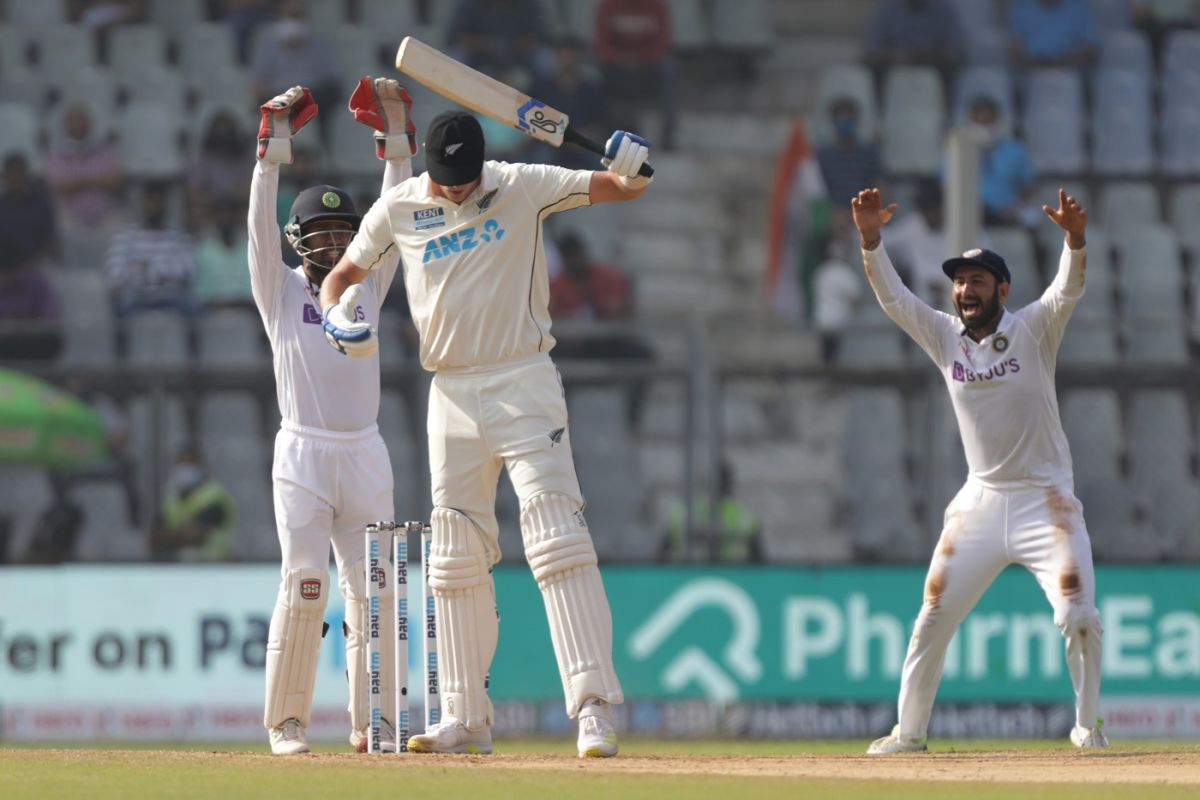 Mumbai : Mayank Agarwal’s heroics with the bat and Jayant Yadav’s four-wicket haul in the second innings helped India defeat New Zealand by 372 runs in the second Test of the two-match series here at the Wankhede Stadium on Monday.

With this win, India sealed the two-match series 1-0 and now Virat Kohli’s side will head to South Africa for three Tests and three ODIs, beginning December 26.

However, the second Test will be remembered for Ajaz Patel’s ten-wicket haul in the first innings which made him just the third bowler in the history of the game after Jim Laker and Anil Kumble to achieve the feat.

Resuming Day 4 at 140/5, overnight batters Rachin Ravindra (18) and Henry Nicholls managed to add just 22 more runs to the total before the former was scalped by Jayant Yadav and the visitors were starring down the barrel, still needing 378 runs for the win with just four wickets in hand.

In his very next over, Jayant Yadav had Kyle Jamieson and Tim Southee dismissed for a duck and it seemed like that the hosts would wrap up the victory before the lunch break on Day 4.

The final two wickets also fell in quick succession and in the end, New Zealand was bowled out for 167, handing the hosts a 372-run win.